The feeling you get when you first set foot on the Island of Pag, Croatia, can be best described as something “out of this world”, a feeling that you just landed on some uncharted planet surrounded by rocks and craters, the landscape completely void of greenery. The sight is absolutely breathtaking, something straight out of one’s imagination. The realization that you are still on earth only starts to hit you as you make your way inland where olive trees, vineyards and wild flowers first start to appear.

At this point, you cannot escape the most exquisite aromas captured by the Island as your body feels reinvigorated by each new scent it discovers.

The first scents that will bewilder your senses are that of Lavender and Sage. They can be found on the Island, and are often used in local cuisine.

One scent that is sure to make your senses tingle is that of fine “Paški sir” or Pag cheese. This world renowned cheese is available at various locations throughout the Island as proud families continue to uphold an age old Island tradition of cheesemaking. One cheese factory worth noting here is Gligora located in the village of Kolan, recipient of numerous prestigious international awards since its inception.

Another scent that blends in nicely is that of olives. Producing olive oil is another tradition Islanders are proud of. The Island is full of thousand year old olive trees, which is truly remarkable when you think about it. Olives were growing on Pag long before America was discovered! Lun, located on the northernmost tip of the Island is famous for their old olive groves and the production of olive oil. There are more then 80 000 olive trees in Lun and every family is either directly or indirectly involved in olive oil production.

Alongside cheese and olives, wine produced on the Island is sure to take your senses to new heights. Beleive it or not, winemaking on the Island dates back to the Roman era!
Islanders are proud of their winemaking roots which includes some of Croatia’s best wines such as Gegić, a wine and type of grape unique to the Island. On Pag, Boškinac is the largest and best known wine producer. 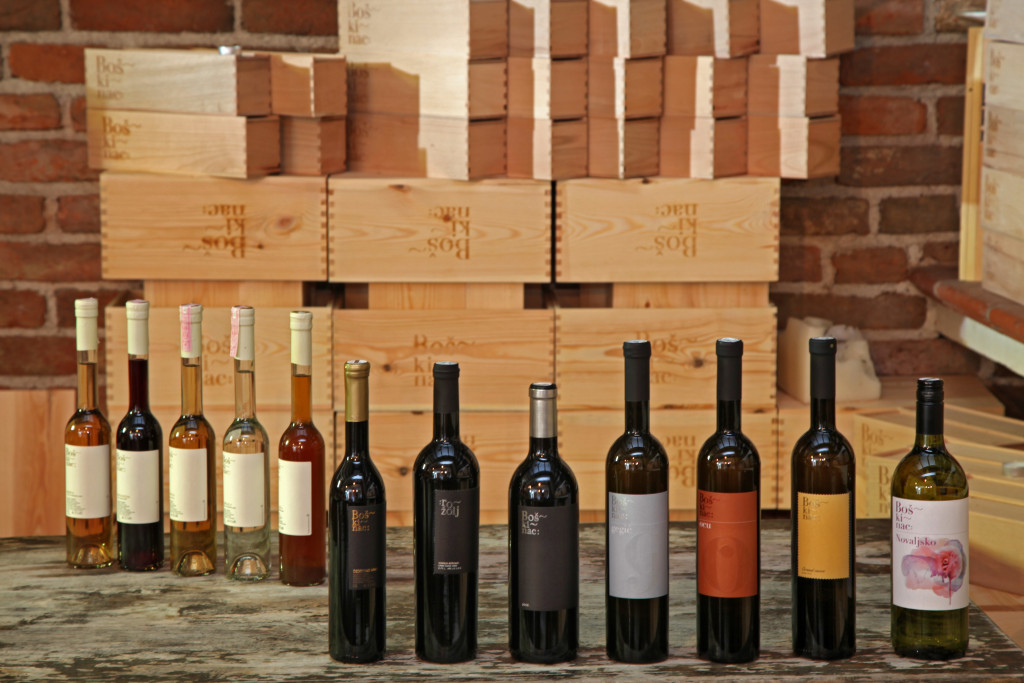 Once you discover “Baškotin”, Pag’s most famous dessert, you will wonder how you ever lived without it! This sweet delicacy looks a little like an Italian biscotti and was first introduced by a group of nuns nearly 300 years ago and the recipe, to this day, is still a close guarded secret.

From scent to palette, it is hard to miss a place that does not offer “paška janjetina” or Pag lamb. Reasons, Islanders’ say, that lamb served on the Island is so succulent is in the way it is prepared, but more importantly, the unique taste and smell are due to sheep feeding off herbs and greenery which are naturally salted when the occasional “bura” or Northwind fills the air with salt which subsequently covers the entire Island.

Pag, as we know by now, is an Island. And what would an Island be without, you got it, seafood! Islanders have been fishing the waters here for centuries. Fishing coupled with secret recipes refined over generations account for some of the most succulent, mouth-watering dishes served in Europe today.

Pag, like a beautiful rainbow, colors distinguishable from one another insomuch as it is impossible to picture one without the other as does the Island without its moonlike landscape, scent, cuisine, wine, olive oil, feels like perfection when experienced as a whole. Visit us and share the experience!